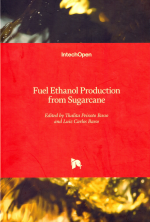 This book offers a broad understanding of bioethanol production from sugarcane, although a few other substrates, except corn, will also be mentioned. The 10 capters are grouped in five sections. The Fuel Ethanol Production from Sugarcane in Brazil section consists of two chapters dealing with the first-generation ethanol Brazilian industrial process. The Strategies for Sugarcane Bagasse Pretreatment section deals with emerging physicochemical methods for biomass pretreatment, and the non-conventional biomass source for lignocellulosic ethanol production  addresses the potential of weed biomass as alternative feedstock. In the Recent Approaches for Increasing Fermentation Efficiency of Lignocellulosic Ethanol section, potential and research progress using thremophile and yeasts is presented, taking advantage of microorganisms involved in consolidating or simultaneous hydrolysis and fermentation processes. finally, the Recent Advances in Ethanol Fermentation section presents the use of cold plasma and hydrostatic pressure to increase ethanol production efficiency. Also in this section the use of metabolic-engineered autotrophic cyanobacteria to produce ethanol from carbon dioxide is mentioned. 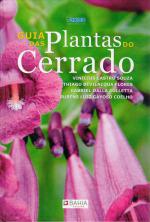 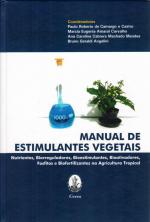 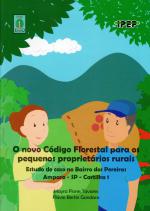 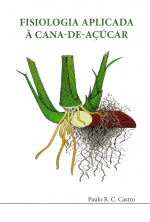 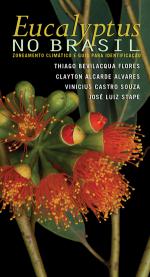 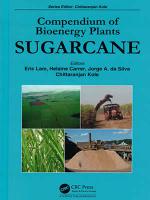 The 21st Century will be a pivotal one for human evolution as a species. While the previous 100 years witnessed two World Wars and the escalating power of human's destructive capabilities that culminated in nuclear weapon proliferation, the present century has brought us face-to-face with the consequences of human ingenuity. While we have averted rash actions during the Cold War that could have led to mass destruction by nuclear weapons, the rapid advances in our technologies that tap the resources of this planet ever more efficiently and rapidly is changing our global systems at an unprecedented scale. Although massive changes to earth's systems have been caused by life forms before, such as the production of oxygen in the atmosphere after the appearance of photo-oxygenic organisms, it has never occurred at a rate similar to what has been happening during the last two centuries. Two interrelated factors that helped to drive the massive changes in climate that are now widely recognized by the scientific community are sustained increase in global population as well as their economic wealth, and the transition to fossil fuels as the primary energy sources to power human societies across the globe. A quantifiable result of these factors is a steady rise in greenhouse gases, mainly carbon dioxide, in our atmosphere, which directly contribute to global warming. The negative impacts of these factors on our planet are most obvious in drastic swings in weather patterns with steady increase in ocean temperature, rapid rise of sea levels from melting of glaciers worldwide, and accelerated loss of species estimated to be 100 fold faster than 2 centuries ago.

With the recognition that fossil fuels are not inexhaustible and that their massive uses has severe consequences on the global climate systems, the beginning of the 21st Century saw a surge of interest on research and deployment of various renewable energy options. Success of at least some of these potential candidates to replace a significant portion of the global energy portfolio would raise hope that we may be able to mitigate the threat of global Climate Change by adopting new sources of renewable energy and fuels.

Currently, the most abundant energy that can be readily tapped on earth is light from the sun. Compared to global energy consumption rate, the rate of energy equivalent from solar irradiation reaching the earth is about 10,000 times. Thus, less than one hour of sunlight will be able to power all of our energy needs in a year if the energy from that irradiation can be captured efficiently. While advances in photovoltaic devices have steadily been improving, we believe that diversifying some of our existing agriculture systems toward renewable energy and fuel production can replace a significant percentage of our fossil fuel needs. This Compendium of Energy Crops endeavor to contribute to this effort by providing a comprehensive collection of papers from experts that are working in the frontline to facilitate the rapid optimization of various crop plants as feedstocks for fuel and energy production. This volume focuses on sugarcane, arguably the current energy crop that has the most significant impact on mitigating greenhouse gas footprint from energy consumption. The energy output to input ratio for sugarcane bioethanol has been estimated to be 8 to 10, while that for corn is currently around 1.4 as a comparison. With steady research and development over the past 50 years, sugarcane as an energy crop has been steadily improved through breeding approaches that resulted in varieties with higher sugar content, more resistant to diseases, and more optimal physical structure for easier harvesting and processing. The parallel development of Flex-fuel engine technology also improved consumer acceptance of bioethanol as an alternative to gasoline, especially in Brazil where government incentives and policies have played key roles in the success of their biofuel economy.

The opening chapter by Carneiro and colleagues provides a detailed description of the origin, genetic diversity and historical aspects of sugarcane and its domestication history from past to present. It provides a comprehensive account of all the basic information on sugarcane as a crop plant and its relation to global agriculture. Park and da Silva follow with the second chapter that describes in depth the current challenges in genetic improvement of sugarcane through hybridization with other related grasses. The challenges and perspectives described by the authors in this breeding approach would be very useful for readers who are interested in the development of new varieties of sugarcane with improved traits in stress tolerance and growth properties. While sugar that can readily be extracted from sugarcane has been used to produce bioethanol fuel, the remaining biomass composed of leaves and tops, usually left in the field, and the left¬over stalks after crushing at the mill, called bagasse, is rich in cellulosic material that can also be converted to fuel with additional processing. To optimize this so-called second generation biofuel production from leaves and bagasse, knowledge of the sugarcane cell wall's chemistry and structure would be essential. Buckeridge and his coauthors provided an authoritative description of the complex composition and properties of the cell wall of sugarcane. The narrative especially emphasizes on the important factors that would need to be considered for optimal strategies to hydrolyze the cell wall components of sugarcane. Itwill serve as an important guide to readers who want to increase the amount ofbiofuel that can be produced from harvested biomass by more complete usage of all the energy-storage components that it contains. Inaddition to technology improvement for feedstock production and processing, it is also important to understand the economic forces in the marketplace that can determine the viability of the different products that can be produced from a crop such as sugarcane. To this end, Ribera and Bryant provide a concise analysis of the various government instruments in the United States that have created an environment that is in favor of sugar production rather than bioethanol. Without drastic changes in the tariff and other financial programs that protect the sugar industry in the U.s. market, sugarcane in the U.S. will be unlikely to be used for bioethanol. This chapter thus explains why in spite of the existence of large sugarcane production capacity in the U.s., bioethanol is chiefly, if not entirely, produced from corn starch. Looking toward the future demand that would need to be satisfied if renewable biofuels are to replace a major portion of the current fossil fuel production, traditional breeding strategies would be too slow to generate new elite varieties to improve on the quality and production reliability of sugarcane. In order to complement this approach, Barboza and Carrer discuss the technology of genetic transformation of sugarcane in terms of its current state-of-the-art as well as future areas for improvements. The authors provided a detailed description of the methodology, the successful traits that have been introduced into sugarcane so far in the past decade, and the new approaches that may overcome previous pitfalls and limitations. It should serve as a useful reference for new research or commercial groups who desire to use this technology to characterize genes and their associated traits in sugarcane and to develop varieties with novel phenotypes. To finish with our story on sugarcane and its relationship with human societies, it is important to bear in mind the historical setting in which it has been domesticated. In Brazil and elsewhere in the world, sugarcane plantations traditionally employed very low income sectors of the population and in earlier times, through slaves that worked under their owners. As the farming of sugarcane becomes more mechanized and health concerns dictated dramatic changes in the harvesting practice, major shifts in the labor-owner relationship has to be managed appropriately in order to make benefits to both. Moraes and Oliveira made an in-depth discussion of the past practice and current reforms that are taking place in the labor and societies that have close relationship to sugarcane and bioethanol production in Brazil. The unfolding story serves as a reminder of the complexity in implementing change in a well-established industry and its potential harm as well as benefits to the social dimensions, depending on how well this change is being managed.

In assembling this volume together, we hope that it can reach a wide audience to provide them with a comprehensive appreciation of the potential for this remarkable crop plant, its current impact on the fledgling renewable energy sector, and the promise that it holds to help build a more sustainable biofuel industry.